With the competition of other online retailers, Amazon have announced today that they will begin delivering products on Sundays in 7 cities around the UK.

Amazon tested the service over the busy Christmas period in London found it to be a complete success. Now as a result Amazon with be delivering to homes in Birmingham, Manchester, Leeds and Oxford. The service will be available to Amazon Prime customers only but could expand this service in other ways in the future.  The roll out comes after successful Sunday delivering testing in American cities such as New York and Los Angeles last year.

Order fulfilment has been on the agenda for Amazon for a while so have been developing their own delivery service has been a priority. Although Amazon work closely with DHL and Royal Mail to get products to customers, it has been no secret that Amazon has been looking for ways to minimise their reliance on third parties as part of their business. UK director for Amazon Logistics, Jamie Stephenson, says “we’re continually innovating on behalf of our customers. We know customers really appreciated the immediacy of Sunday deliveries during the Christmas period and we were able to deliver thousands more parcels in this way in those four weeks.” 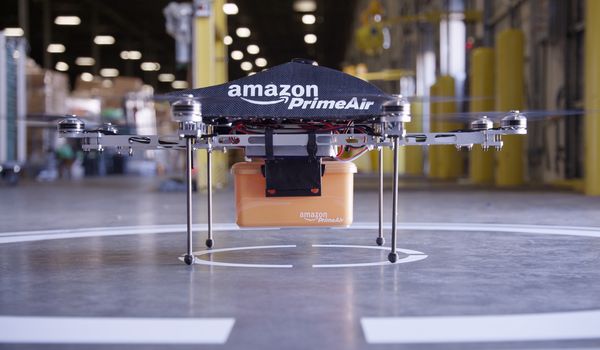 Amazon’s Sunday delivery does add extra pressure on high street retail which could use Sunday trading to give them an edge over online retailers. Sunday trading laws has long been an issue for high street shops who have to limit their opening hours to 6 hours. Traders in England and Wales have overcome this through ‘browsing’ time by opening their doors earlier. While stores in Scotland do not have this law, the rest of the UK was at least able to offer a limited shopping time which consumers cannot get online. The online retail giant also recently announced Prime Air, using drones to deliver items to customers within 30 minutes so this comes as another blow to high street retailers struggling to compete.  The next few months will be an important time for retailers with physical shops as they respond to this huge change.