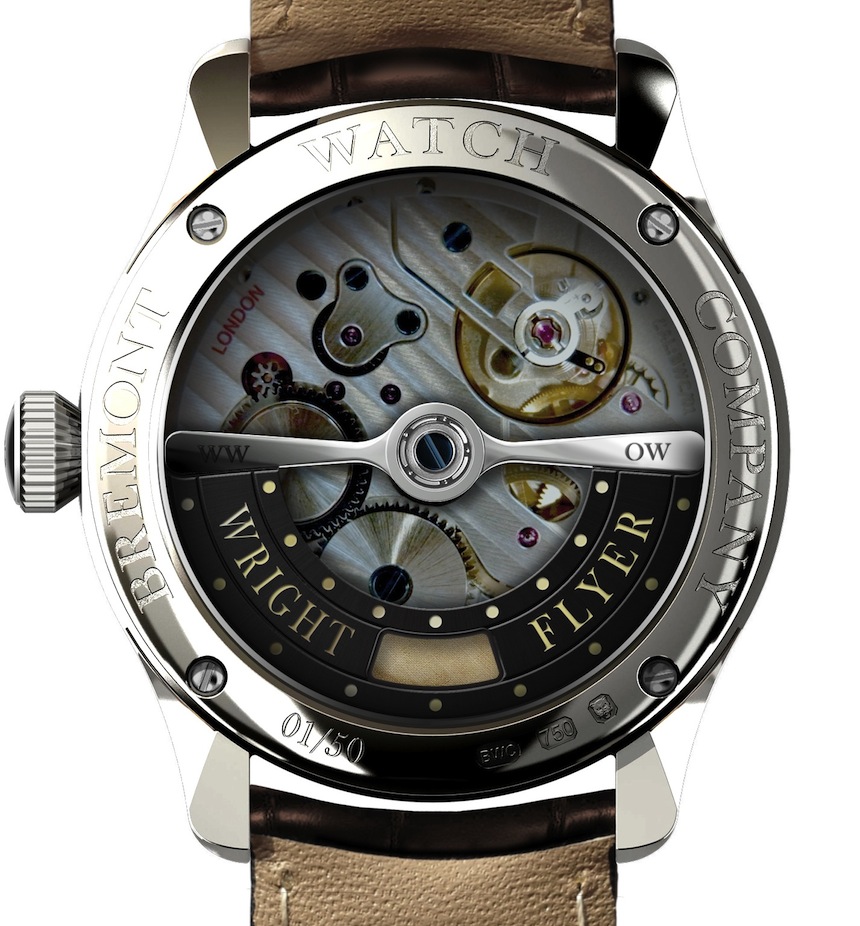 British watch company Bremont have announced their biggest and most exclusive watch to date – a timepiece celebrating the first powered flight, containing a piece of the iconic Wright Brothers plane itself.

Since Bremont’s genesis in 2002 the company has been closely connected to aviation, and the Bremont Wright Flyer – released in a very limited edition of 450 – will each have a small piece of muslin fabric – used on the wing of the first plane in existence, built in 1903 by the brothers Wright. The fabric will be found at the back of the watch, presented just below the automatic motor.

The fabric is owned by the Wright family who have given parts of the wing to only a select few – including Neil Armstrong, who carried his part of the muslin in his pocket during his moon walk. The original muslin was removed from the plane and replaced by the Wright brothers when they donated the plane – reconstructed after it was destroyed by a large gust of wind after the first flight – to the Smithsonian museum.

Alongside this one of a kind feature, the watch features a case available in steel, rose gold or white gold and contains Bremont’s own movement, the BWC/01, which has 50 hours of power reserve and a unique propeller style motor. The design remains vintage inspired, with an alligator strap.

Despite celebrating a very American achievement, the watch was manufactured and designed in London, at Bremont’s HQ in Henley-on-Thames. Bremont was started by two brothers (sound familiar?), Giles and Nick English, and the Wright Flyer will be the first mechanical watch made in the UK for over 50 years.

The gold version of the watch will is now available to purchase for £30,000, while the stainless steel version will be sold for £19,000.

Proceeds from the sales of the watch will go towards restoring the Wright brothers’ family home in Dayton, Ohio.