One of the most talked about innovations in global supply chains in the last decade is that of drones. While there are some pros and cons to using this technology, it seems that companies are keen to find ways to use drones in the supply chain.

Amazon was first to put the idea forward, with a view to delivering small packages with these unmanned flying vehicles. Since then, companies like Google and Dominos have begun experimenting with the technology too. All three companies have released videos where their drones deliver goods to consumers.

It was hoped that these machines could reduce delivery time to 30 minutes and greatly improve supply chain efficiency. Additionally, some have said that drones could mean consumers will not need products delivered to a physical address; they could just send their co-ordinates via mobile and the drones, because they are not restricted to roads, could simply fly to them. 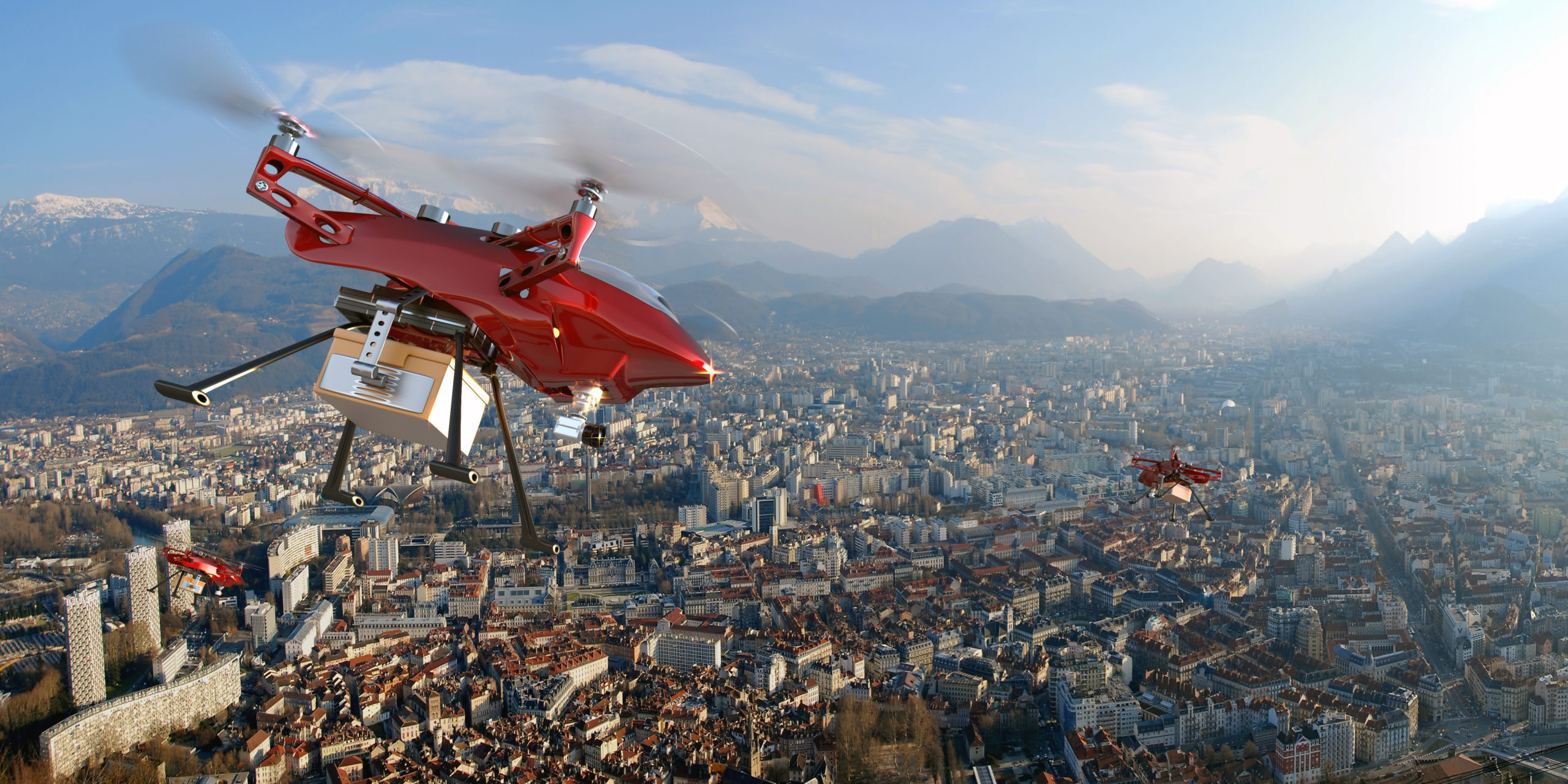 One of the setbacks with drones is the legal side of things. In the US, the drones are regulated by the Federal Aviation Administration (FAA), which has set out some restrictions that hinder Google and Amazon deliveries. The FAA said drones must weigh less than 55 lbs, they can only fly during the day and in good weather, they must not fly near airports, they cannot fly quicker than 100 mph and the operator must be able to see them.

Even so, companies like DHL have found that the drones have helped to expand reach when operating outside of the FAA’s remit. DHL have been using drones to connect remote locations, such as the island of Juist in the North Sea. However, a restricted flight area had to be set up exclusively for this.

While in the long run, drones could potentially open doors for logistics companies and businesses like Amazon, in the short term it could be rather costly. Insurance could be much higher for drones because they are largely untested. This cost would be transferred to consumers, hiking the price of delivery up. While some customers might be willing to pay extra, the majority will not and so it will be a long time before drones become widespread.