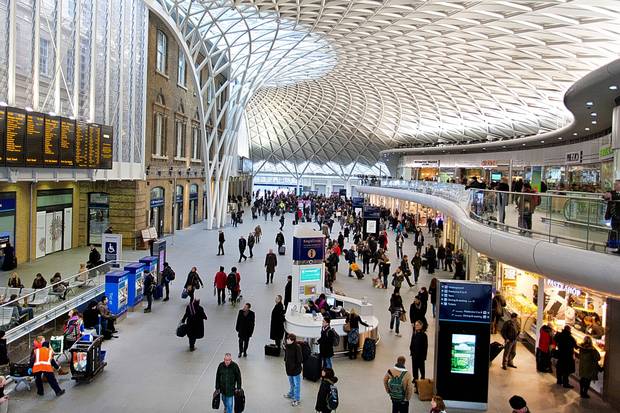 Network Rail has announced that they have seen a rise in profits for retailers based in the UK largest train stations. King’s Cross Station saw the largest jump in sales at 23.3% followed closely by Cannon Street at 21.3%. These stations are clearly benefiting from the footfall of one billion people and increase number of people travelling with Network Rail. Overall like for like sales displayed an increase of 5.6% proving that customers still value brick and mortar retail shops. Figures showed that food sales profited the most from customers grabbing a quick bite while on their travels. Cards and stationary retailers reported a successful year, also benefiting from last minute travel shopping.

Even with the rise in train ticket prices, consumers are still choosing to travel by train. Manchester Piccadilly station score the third highest retail profits in the country predicts the number of people entering their station will rise by a dramatic 5.6 million over the next year. Very few places in the UK can boast a footfall that high that will equate to higher sales.

With the decline of the high street, news that retailers are seeing success in convenience shopping offers a glimmer of hope. Airports, bus and train stations have always been an important part of sales growth but this jump in sales may motivate large retailers to consider where their brand fits in to the travel sectors. It is possible that other brands will begin to review how they can scale down their retail spaces to high footfall locations like King’s Cross Stations.

If you are exploring new retail spaces for your brand, contact our design team to see how we can create a cost-efficient store for you.