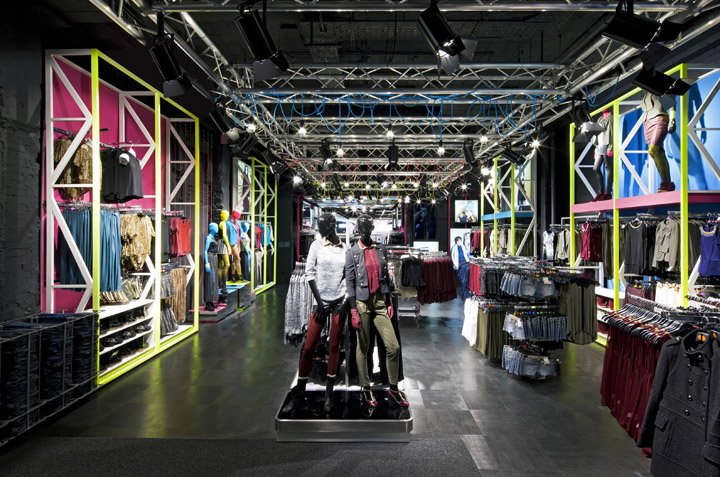 Budget clothing retailer Primark has announced that it plans to open the first of hopefully many stores in America by 2015, with plans to expand its reach across North-East America in 2016. The British retailer plans to set up shop in Boston, Massachusetts on the former site of Filene’s department store.

Primark has defied the recession by showing extraordinary growth with 270 stores across nine countries. The retail giant has seen success in France over the last year, a market that is notoriously difficult for fashion retailers to find success.  Primark has proven to be popular with the budget-conscious, having produced dresses for as little as £3. Even though Primark is famous for making a savings where it can to boost overall profits, the retailer understands that its in-store environment is paramount in ensuring that customers want to spend time in their shops.

Primark has over the past year been giving all of its stores a youthful refurbishment with neon signage and digital screens. These changes could easily be seen as the first steps in making the Primark brand identifiable to American customers and rival similar budget outlets such as Target. Primark decided to take over the 70,000 square foot retail space in Boston after ‘extensive research’ from their team. This is a wise move by Primark, as other famous British retailers have found themselves making a small impact when targeting the US market. Marks & Spencers, WH Smiths and even Tesco failed to engage US shoppers. However, things could be different with Primark, who have seen a 14% rise in profits in the last year alone and may have found a gap in the market with its disposable and quick rotation fashion.

Only time will tell if America is ready for Primark.