Some of the biggest names in retail have stepped forward to help victims of the floods all around UK. The recent UK floods have been some of the worse recorded in Britain with damages estimated to be over £1 billion. Asda, Currys, Google, Marks & Spencer and Tesco are just a few of the companies who have donated millions of pounds to assist those whose homes and livelihoods have been badly affected. 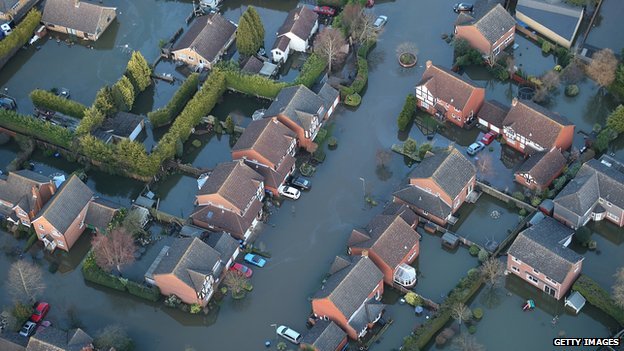 Supermarkets have been especially proactive in their support for areas which have been hit hard by adverse weather conditions. Sainsbury’s has been providing emergency funds to stores in areas worst hit by the devastating weather so they can give locals desperately needed supplies. £400,000 has been given to help residents, farmers and businesses by The Asda Foundation with hope that it will help communities to get back on their feet.  Waitrose has been donating food parcels to families who have lost their homes and allowing staff to participate in clean- up efforts during opening hours. For many supermarkets, a good percentage of their locally produced stock would have come from the same farmers struck by the floods. M&S were one of the first to help farming communities by donating £150,000 to support relief workers.

Other retailers have been helping victims to regain a degree of normality to their lives. Dixons has been using its Currys branches to hand out kettles, toasters and fridges to those who have lost all their possessions from the flooding. Dixons chief executive Sebastian James said: “The least we can do is to make the emergency centres in affected areas more comfortable for their temporary residents.” James goes on to state, “In the longer term we will also provide free installation for large electricals being replaced. We want to help people get back on their feet as quickly as possible.” This sentiment is reflected by rival retailers now working together in a bid to give relief to families struggling to cope. Even telecommunications giants BT, EE, Vodaphone and O2 have put their differences aside to help those most in need. Between them they have co-ordinated their teams to send additional engineers to maintain services. 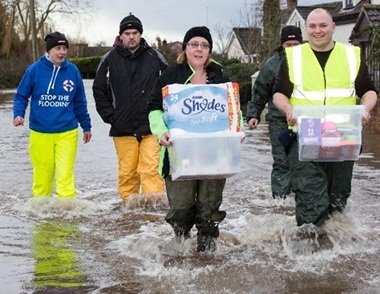 Prime Minister David Cameron has thanked businesses for their valuable contribution to helping those most in need.   Clean up has already begun in most areas effected with people returning to their homes. It is expected that will still take a few weeks before most communities are back to normal.